There are many incredible professional photographers out there, who take unbelievable photographs that most of us mere mortals can’t emulate. But technology is in the hands of almost everyone now, and the secret to a jaw-dropping photograph often comes down to timing. Being in the right place at the right time can result in some of the most surprising, awe-inspiring photographs that capture incredible moments for all time. These amazing photos capture some of the most bizarre, craziest, scary moments in recent sporting history. 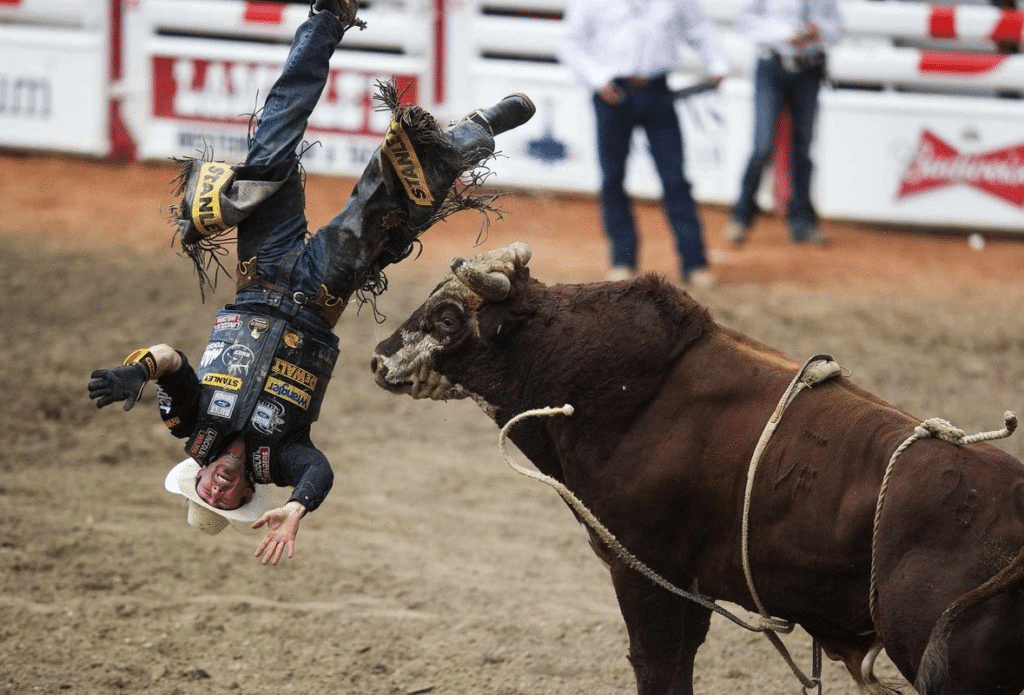 Revenge of the Bull

If you’re going to be a bull rider, you’d better get used to being thrown off. Those bulls are no joke, and weigh in with huge power. No matter how hard these guys try, they eventually fall off. And no matter how many times they’ve lost their seat, it still hurts … a lot. From this guy’s expression, it looks as though he’s bitten the dust a few times before. But what did he expect? That bull’s not taking any nonsense from him.