Valeria Lukyanova was born in Moldovian SSR which was part of the Soviet Union until 1985. Shortly after she was born, however, she moved to Odessa, Ukraine, where she spent her entire childhood and most her adult life. Here is Valeria as a naturally pretty young girl before she became addicted to looking ‘perfect’. As she reached her teens, she started to experiment more with makeup and liked to recreate her Mattel Barbie doll. But no one could have guessed how her love of makeup would turn into a dangerous addiction. 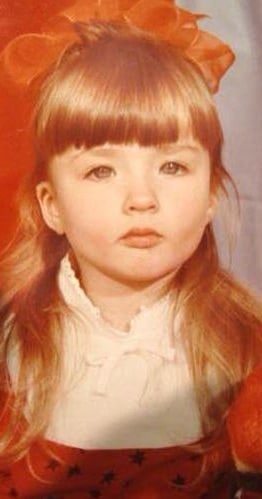